Spanish Sole – History of the Espadrille 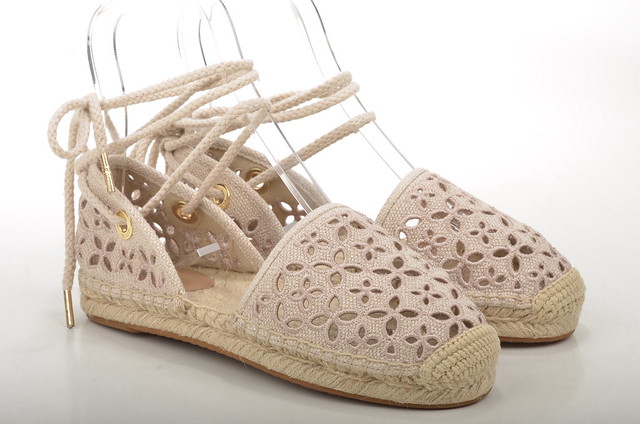 They’ve been on the feet of movie stars this spring, but the espadrille is a shoe that historically have been worn by peasants and locals in predominantly mountainous regions of the Mediterranean, and more recently, Latin America and Bangladesh.

Alongside low budget of these soft shoes from high street retailers like New Look, this simple canvas-and-jute slip on is being re-designed in ever more expensive and exclusive incarnations.

From Christian Louboutin Delfin Espadrilles (towering wedges that will set you back half a grand, and seem to be the proviso of the uber-glossy Blake Livelys of the world) to the 3.1 Philip Lim leather espadrilles, the fashion industry seems set on defeating the point of these accessible, cheap and eco-friendly shoes by slapping on a $300 price tag and being bought by celebrities…

But if you are a mere mortal and you’re looking for a decent flat summer shoe rather than an overpriced fashion statement, the espadrille may well be a friend to you. I’ve been wearing them ever since I lived in Barcelona a couple of summers ago. Indeed the Catalan capital is perhaps the spiritual home of these shoes ““ the name comes from espardenya, the Catalan name for shoes. And there is a wealth of tradition in making these shoes, which have been worn for over six centuries by the peoples of the Pyrenees and Mediterranean areas.

And why that name? Well, it’s again all to do with the make-up of the espadrille, which traditionally has a strong jute or “˜vegetable’ sole, made from twining plants. And, according to Wikipedia, espardenya derives from the name for esparto, a tough, wiry Mediterranean grass or grower used in making rope.

Over the years the designs have varied in very small amounts ““ early on extra rope/twine was incorporated to tie the shoes around the ankle and keep them secure for long and hilly walks. The same styles are traditionally worn by both men and women; though in the twentieth century a wedged espadrille (still incorporating the ankle ties) has become more common for women. Indeed, its love affair with the movie pack stretches back further than you might think: Lauren Bacall wears them in 1948 film Key Largo.

You can find Espadrilles for the best price on Amazon.